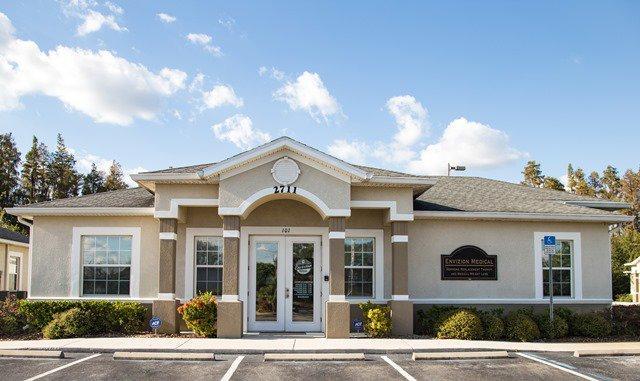 Food sensitivities manifest and hide themselves within people in hundreds of ways. For one person eating certain foods will cause inflammation around the belly that they think is fat. For someone else these foods are causing joint pains that are mistaken as arthritis. For athletes cutting out your food sensitivities will increase your endurance, quick speed, and increase your mental alertness. Food sensitivities also speed up the aging process.

Everyone has different DNA and our blood test gives you a breakdown of how 95 foods affect your DNA.

What American’s think are normal safe foods are not always what your body recognizes as food. The foods you are sensitive too are actually so foreign to your body, the body attacks food the same way it fights off infections and colds. Just think about how bloated and gross you feel when you are sick. Food sensitivities can have the same symptoms.

If you ever feel in a fog and know you should have more energy, testing for food allergies and sensitivities can change your life.

Why Use Our Lab:

Our lab has been doing testing for 38 years. We take pride that we have been helping customers and producing accurate results. It is estimated that two in three Americans have food allergies and spend countless dollars on over the counter medications and supplements trying to guess what ailment they have. Stop the guessing game, this one time test uncovers abnormal responses by your immune system that can be triggered by food, bacteria and poison. Don’t let food slowly kill you like.

Where Do Food Allergies Come From?

The quality of food and what we eat has drastically changed over the last decade and new foods that our ancestors didn’t eat have become our primary food groups. Food sensitivities can also change over time depending on the longevity of the food exposure, frequency of consuming the allergenic food, and the integrity of the gastrointestinal track.

What Medications Could Be Eliminated After Problematic Foods Are Eliminated From Your Diet?

What Types Of Symptoms Can Be Resolved?

What Are We Testing For?

Food allergies can be immediate. This is what’s called IgE mediated or immediate hypersensitivity reaction. People who feel an itch in their throat or congested after eating experience IgE responses. We look for these responses. The body immediately decides that what was ingested isn’t food and begins to battle it like a cold. The body releases histamines upon exposure to the allergen. This histamine response can be mild or life threatening. IgE binds to the mast cells and basophils, this triggers the histamine and the reaction phase appears within minutes of exposure. Delayed Food allergies produce antibodies for several hours or days after exposure and are also called hypersensitivity reactions or IgG mediated. These delayed reactions are more common and make it difficult for people to isolate their food allergies because reactions can occur so many meals later it is not possible to figure out which foods trigger the reactions. These food sensitivities can show up in an area of the body. The IgG response result in a variety of health problems such as joint pain, chronic headaches, hypertension, fatigue, eczema, and psoriasis.

Why Didn’t My Doctor/Allergist Find My Food Allergies?

The Allergist only test IgE or immediate food sensitivity responses with the skin test. Only a blood test like ours can determine the causative agents that take hours to cause a response. This is because we also test for the more common type of allergy response or IgG, which is the delayed reaction. The delayed food allergies are the ones that produce mild symptoms that people brush off and assume there is another explanation like they are allergic to pollen, or cat and dog dander.

What Is The Craze About Gluten?

Gluten is a protein found in Wheat. Gluten is associated with gut issues because when people are sensitive to gluten it most often causes problems in their intestines. The body’s killer T-cells become activated with gluten becomes present in the intestines. The killer T-cells become active and are in over drive. As this happens the gut mucus lining becomes inflamed and no nutrients can be absorbed. The cytotoxic cells are actually designed to kill bacteria, viruses or tumor cells. Unfortunately the cytotoxic cells get really confused and cause problems for the body. This can be called celiac disease, ulcerative colitis, crohn’s disease, diverticulitis, and leaky gut.

I am like any girl in this day and age. I don’t want wrinkles and try and stay in shape. I was curious about this test, and having a bit of a type A personality, I thought I would give it a try. I thought I ate healthy because I’ve been able to keep off extra weight with exercise. I was totally surprised by the test results. I was sensitive to things I would never have guessed, and now that I don’t eat them at least 90% of the time I can see improvements in my skin, hair, and waist. Now that I have eliminated these foods, I don’t have to work out as hard to keep the body I want either. Everyone should be required to get a food sensitivity test! And the people that don’t and can’t get rid of the extra weight have no excuse if you are reading this now.

My girlfriend did a food sensitivity test and pushed me to do one. We were always getting into fights because I was convinced the dog and cat were the cause of my sinuses always being congested. I was at my breaking point and wanted to get rid of the pets and she did not. She kept asking me to do the food sensitivity test because she believed it was my diet causing my congestion. I wasn’t too excited about the test and thought it was a hoax, I assumed I needed to have digestive problems to have food sensitivities. Even once I got my results it took me several weeks to try and cut out my food sensitivities. But truth be told, I had an allergy to beef. Once I eliminated it from my diet quite a few things improved in my life. I have been sleeping with a cpap for years, I still use my cpap but I sleep so much better. My friends used to tell me I looked like I was retaining water too, and that has improved greatly. I also haven’t had a sinus infection and I used to get several each year. I would recommend this to anyone.

Julia Age 12 Testimonial from Her mother

My happy playful young daughter started complaining of stomach aches it felt like every Monday morning. At first I was worried there was something going on at school and she didn’t want to go to school. The stomach aches turned into episodes of occasional diarrhea and vomiting about once a week. We had figured out that it was something she was eating but didn’t know what. Julia got so nervous every time she ate, that I felt she was skipping meals. I took her to a well-known food allergist and they tested her skin for food allergies. The test results didn’t show any food allergies. I called my older daughter distraught and my older daughter explained that the skin is the toughest organ. She also explained that we should test the food allergies through a blood test. The results were mind blowing. My younger daughter had several food sensitivities. We have eliminated them from her diet and the results say everything. She has not had any more stomach aches, vomiting or diarrhea. It’s astonishing to me that the local doctor trained to be an allergist is not up with the most advanced testing. I spent $700 at the doctor’s office, a huge waste of money. The $299 I spent on this test was well worth it. This is a quality test and well worth the investment.

This customized food analysis cuts out the guess work when dieting.

$299 for the test and it comes with Customized Diet guidelines.